University College was established in 1853 by the University of Toronto Act as a non-sectarian institution of higher education.

Architects Frederic Cumberland and William Storm designed the Romanseque Revival-style building with inspiration from the designs of Oxford and Cambridge Universities in England. Construction began on October 4, 1856. University College first opened its doors to students three years later on October 4, 1859. At the time, Toronto was a town of 30,000 people and cows grazed in the fields behind the college.

In 2018, ground broke on a major revitalization of the main building that included: relocating the library from the Laidlaw Wing, back to its original home in East Hall; transforming the West Hall into the Clark Reading Room, a quiet study space; and creating the Paul Cadario Conference Centre at Croft Chapter House. 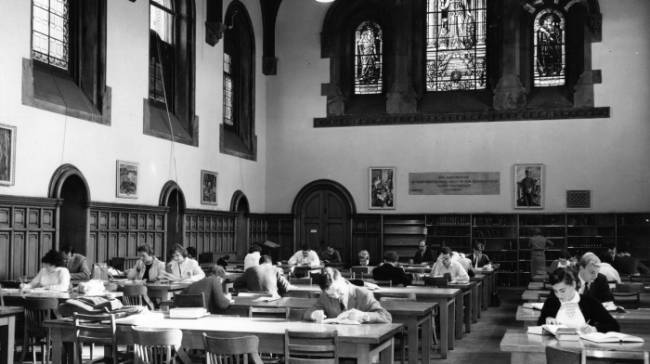 Learn more about the history of University College through quotes by notable alumni.

See archival images of the building.

Learn more about the history of the University College building.