The residence was originally located in the cloisters, or the west wing, of the main college building. In the 1880s, the west wing was converted to offices and classrooms. A new residence wasn’t built until 1954. At that time, it remained a men’s residence until 1980, when it became co-ed.

Today, the Sir Daniel Wilson residence is home to 200 students who primarily live in single rooms.

The courtyard of the Sir Daniel Wilson residence opens adjacent to the main University College building and connects through to St. George Street. In addition to being used by residence students, the courtyard is used to host University and college events. 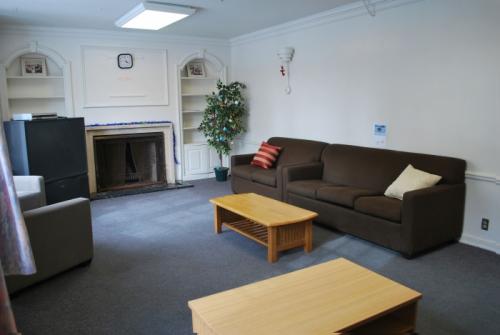 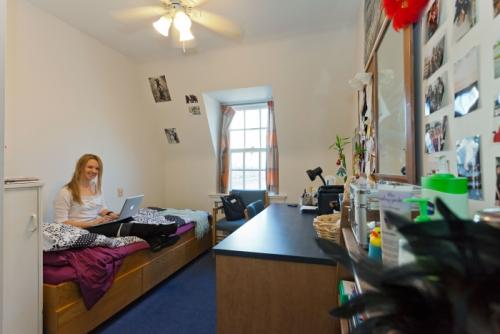 The residence offers primarily single rooms and is home to 200 students each year. The rooms are well adorned with comfortable amenities for each student.