Dr. Nirit Bernhard’s (BSC 1993 UC) lifelong passion for medicine and, specifically, paediatrics, was inspired by early experiences with her brother who has various medical ailments. Since that time she has built a reputation as an empathetic and widely-respected doctor who focuses on helping all children reach their full potential, regardless of medical barriers. After graduating from UC, Dr. Bernhard received a master’s degree in Neurobiology at the U of T and then her medical degree at the University of Western Ontario in 2003. She has held numerous leadership roles throughout her career and currently serves as a general paediatrician and Assistant Professor with the Department of Paediatrics in the U of T’s Temerty Faculty of Medicine. She also serves as the Medical Director of the Down Syndrome Clinic at Toronto’s Hospital for Sick Children. In all of her roles, Dr. Bernhard is recognized for looking beyond the limitations of illnesses and focusing instead on each patient’s abilities, encouraging them to live full and happy lives. 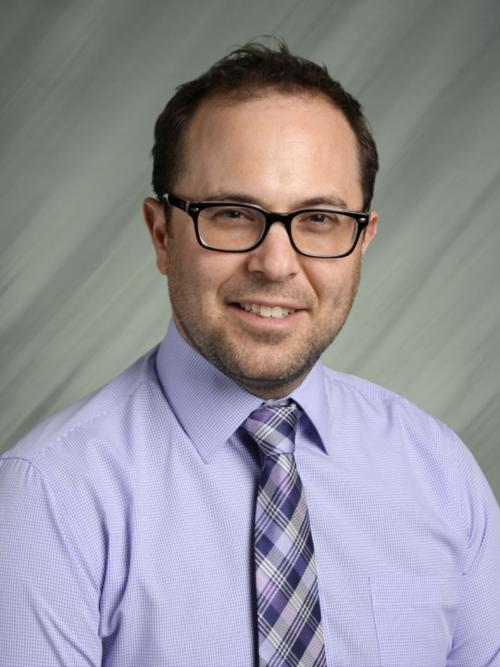 An innovative elementary teacher with the York Region District School Board (2006 – present), Michael Frankfort (BA 1999 UC) continually goes above and beyond to provide students with engaging and meaningful academic experiences. His innovation was on full display during the early days of the COVID-19 pandemic, as he continually found creative ways to offer engaging and interactive virtual educational experiences. Whether it was hosting a local beatboxer for a series of virtual workshops, taking students on virtual field trips, or forming connections with the U of T Trash Team to increase waste literacy, Frankfort made online education fun. In addition to the partnership he formed with the U of T, he has partnered with Skills Ontario to allow students to compete in their green energy competition, initiated an EcoFair called Building Nature Connection, and runs various STEM-related extra-curricular activities. Frankfort is also a leader at the provincial level, currently serving as Chair of the Elementary Curriculum Committee for the Science Teachers’ Association of Ontario (STOA) and previously serving as STAO’s Elementary and Secondary Curriculum Coordinator. 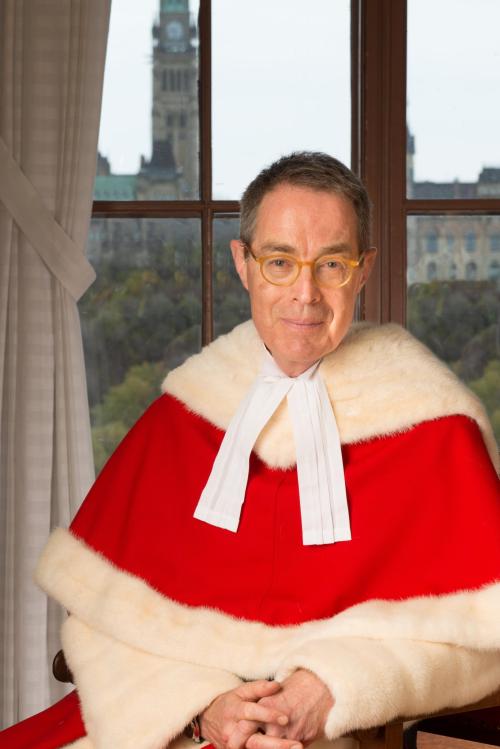 In addition to his lengthy list of legal, academic and judicial accomplishments, Supreme Court Justice Nicholas Kasirer (BA 1981 UC) is a humble and creative individual who regularly goes above and beyond to help others. After his graduation from UC, Justice Kasirer completed his law degree at McGill University in 1985. He went on to have a long and successful academic career in McGill’s Faculty of Law, serving as a Professor (1989 – 2009) and Dean (2003 – 09). After serving as a Judge of the Quebec Court of Appeal (2009 – 2019), Justice Kasirer was appointed to the Supreme Court of Canada (2019 – present). He is also widely recognized as a valued mentor who offers sage advice and guidance in addition to volunteering in multiple capacities for the Barreau du Québec, the Canadian Bar Association, and various other associations representing the Canadian judicial community. His list of honours and awards is extensive and includes being elected as a Fellow of the Royal Society of Canada (2008) and receiving an honorary Doctor of Laws from the Université de Sherbrooke (2012).

Effie Lafferty belonged to a Black family who settled in Ontario in 1830 after escaping slavery in the United States. Following in the footsteps of her father – fellow UC Alumni of Influence recipient Alfred Lafferty – Lafferty graduated from UC and went on to become a teacher. Returning to her hometown of Chatham after graduation, Lafferty taught at the Chatham Collegiate Institute. In 1912, Lafferty was on her way to Detroit for a holiday when her train derailed. Although she survived, Lafferty was left permanently paralyzed. She spent the next 35 years in the hospital but maintained a positive outlook, frequently meeting with local writers who sought her advice. She also developed a passion for nature and was an avid birdwatcher, documenting 82 species of birds outside her hospital window over the years. Lafferty published a number of nature-related articles before her death in 1947. 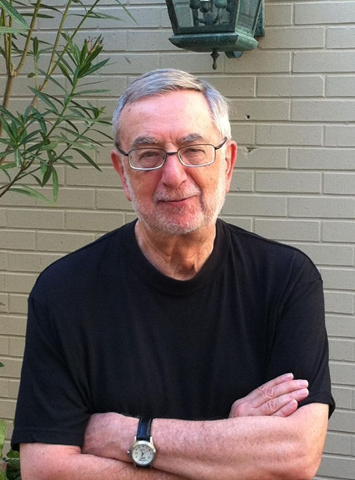 After falling ill with a bout with mononucleosis, Malcolm David Lester (BA 1959 UC) took a break from rabbinical school and decided to change the course of his career. That decision led to him becoming a seminal figure in the expansion of the Canadian publishing industry and an advocate for writers across the country. Lester ended up becoming the owner and president of Lester & Orpen Dennys, one of Canada’s most significant publishing houses in the 1970s and ‘80s. Prior to that he worked with several other companies, including as general manager of Coles Publishing and managing editor of the educational publisher Holt, Rinehart & Winston. With Lester & Orpen Dennys, Lester was fearless with a strong sense of political and social justice, publishing many books that had been rejected by other publishers. Lester was thrice named Publisher of the Year by Canadian Booksellers and served as president of the Canadian Publishers Association in the mid-1980s. Humourous and humble, Lester was adamant about the importance of publishing Canadian writing for Canadian audiences. 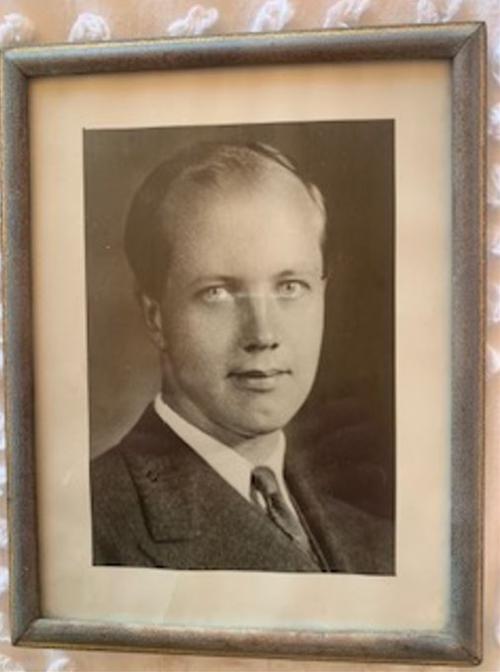 After completing his education in Canada, Frank Pickersgill (MA 1938 UC) moved to France with dreams of becoming a journalist. Those dreams were quickly dashed, however, when he was captured near the beginning of World War II and sent to the Saint-Denis Internment Camp as an enemy alien. After two years, Pickersgill escaped the camp and made his way to Britain where he joined the Canadian Intelligence Corps. Fluent in German, Latin, Greek and French, Pickersgill worked closely with the British Special Operations Executive (SOE) and was parachuted into occupied France on June 20, 1943. While working with the French Resistance, Pickersgill was captured once again. Following a foiled escape attempt, he was shipped to the Buchenwald concentration camp where he was executed along with 35 other SOE agents on Sep 14, 1944, at the age of 29. Posthumously, Pickersgill received several honours, including the Legion of Honour from the French government. The U of T also designated a Pickersgill-Macalister Garden on the west side of the Soliders’ Tower monument.

William (Bill) Sinclair has dedicated his career to the social services sector in Toronto, improving countless lives with his innovative solutions to complex problems. Sinclair is currently the president and CEO of The Neighbourhood Group Community Services (TNGCS), having previously served in key roles with several other social welfare agencies. He is well-known for his tireless work to develop partnerships and rapidly address growing community challenges, including opening an overdose prevention site to address the opioid crisis, advocating for fully-funded youth centres, bringing together social entrepreneurs with funding agencies, and creating a Peer Leadership Centre that values the lived experiences of vulnerable populations. Sinclair has also served on the boards of numerous agencies, including the Ontario Council of Agencies Serving Immigrants (OCASI), Toronto Neighbourhood Centres (TNC), and the Centre of Excellence for Research on Immigration and Settlement (CERIS). 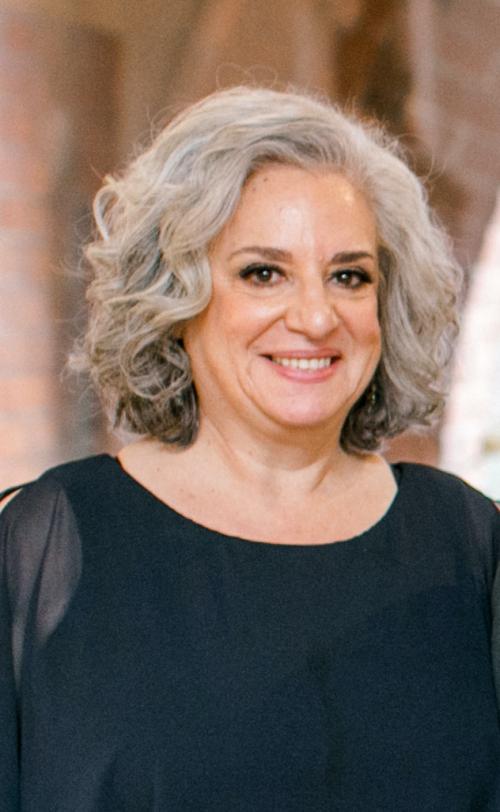 Marla Sokolowski (BSc 1977 UC) is an internationally renowned geneticist whose multidisciplinary analyses of gene-environment interactions have refuted longstanding ideas around genetic determinism. Sokolowski has contributed to a major paradigm shift through the appreciation that genomes of organisms and their gene expression is dynamic, thereby refuting centuries-old determinist thinking that DNA acts solely as a generic blueprint. Sokolowski has received several accolades for her groundbreaking work: Fellow of the Royal Society of Canada (1998), Royal Society of Canada Flavelle Medal for Biological Sciences (2020), Genetics Society of Canada’s Award of Excellence (2007), Senior Fellow of the Canadian Institute for Advanced Research (2013), JJ Berry Smith Doctoral Supervision Award from the U of T (2022), amongst many others. 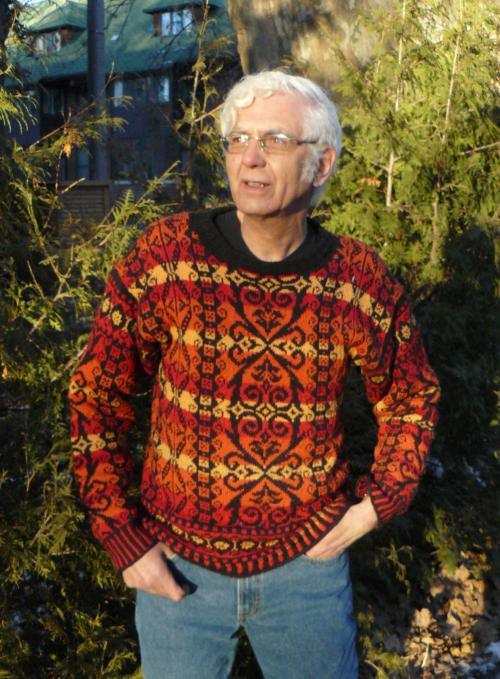 Alvyn Austin is a longtime teacher and professor of Chinese history whose work has helped significantly enhance Canada-China relations. Born to missionary parents who fled China during the Japanese War, Austin was born in India and then moved with his family back to China where he witnessed the Chinese civil war. His family moved to Toronto in 1951 and Austin was enrolled in East Asian Studies at UC by the age of 17. He would go on to become one of our nation’s foremost scholars in Canada-China relations, writing influential publications and contributing to several cultural initiatives. One such post included working as interpretation planner for the Norman Bethune House in Gravenhurst, which is visited by nearly all Chinese delegations. Amongst Austin’s many publications is the book Saving China: Canadian Missionaries in the Middle Kingdom 1888-1959, which created a new field of scholarship and is required reading for Canadian diplomats to China. Austin retired from Brock University and his distinguished academic career in 2007. 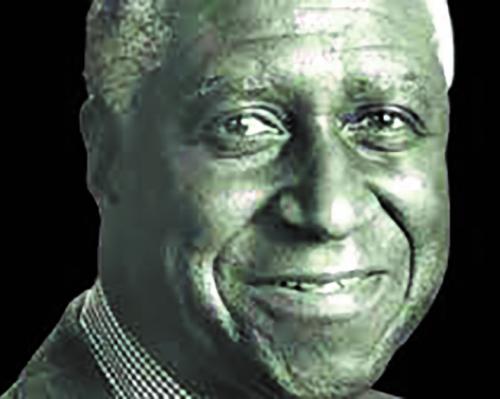 A longtime city councilor and social worker in North Vancouver, John Braithwaite forged a distinguished career connecting with vulnerable individuals and breaking down barriers in his community. After earning his MA degree in Social Work at the U of T (1956) and moving to the west coast, Braithwaite was appointed executive director of The North Shore Neighbourhood House in 1957, a position he held for 23 years. When he was elected to North Vancouver city council for the first time in 1972, Braithwaite was one of only three Black politicians in British Columbia. Altogether, Braithwaite spent 23 years in elected office and his passion for human rights and social welfare won him various awards, including the National Black Award (1973), Canada 125 Medal (1992) and Freedom of the City award from the City of North Vancouver (2003). In 2004, North Vancouver opened the John Braithwaite Community Centre, honouring the popular politician and social worker who had helped so many in the community.