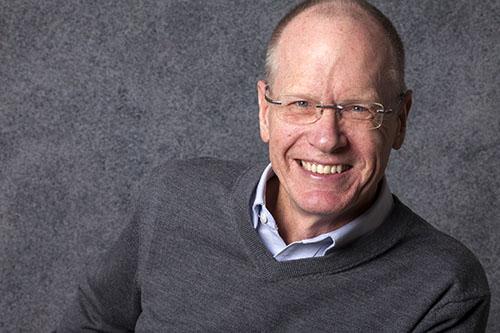 At 11 p.m. on February 5, 1981, 200 police officers descended on four bathhouses in downtown Toronto in a series of co-ordinated raids. By the end of the operation, more than 300 charges were laid for being found in a common bawdy house or operating a bawdy house. At the time, it was the largest single arrest in the city’s history.

The raid immediately mobilized Toronto’s gay community, sparking protests against mistreatment at the hands of the police. Among those galvanized by the raids was David Rayside, who now, nearly 40 years later, is a professor emeritus in the University of Toronto’s department of political science in the Faculty of Arts & Science and the founding director of the Mark S. Bonham Centre for Sexual Diversity Studies at University College.

“I guess I was always an activist,” Rayside says. “I was active in feminist circles soon after my appointment to the faculty in 1974. Gay activism came a few years later when I started where lots of people started – stuffing and licking envelopes for the monthly gay magazine, The Body Politic.

“The police raids got me and many people mobilized. I wasn’t so good with a bullhorn, but I was good at organization, so I became active in the Right to Privacy Committee, the Citizens’ Independent Review of Police Activities and, a few years later, in the coalition pressing for the addition of sexual orientation to the Ontario Human Rights Code.”

Rayside’s activism continued at U of T. He helped form an early 1990s committee on homophobia. In the mid-90s, he and Rona Abramovitch, the then status of women officer at U of T, alongside a group of students, faculty and staff conceived of the Positive Space initiative.

In 2004, Rayside became the founding director of the Bonham Centre. Arts & Science writer Chris Sasaki recently spoke to him about the centre and his current research focus: the Muslim response to sexual diversity in Canada and the U.S. – work he is conducting with Momin Rahman from the department of sociology at Trent University.

How did the Bonham Centre come to be?

Back in the mid-90s, a group of faculty members and graduate students started meeting to discuss curriculum change that recognized sexual diversity. We wanted departments and faculties to take sexuality seriously – just as feminist activists had wanted gender studies to be taken seriously. In 1998, we created a minor program that took advantage of a few existing courses as well as a course I had introduced over a decade earlier on the politics of gender and sexuality. Then, in 2005, we expanded to a major program and created the centre, three years later adding specialists at the undergraduate level and a collaborate graduate program.

Right from the beginning, we had significant undergraduate enrolment and, from 2008 on, the graduate program drew students from across the campus. We weren’t the first program in sexual diversity but we soon became the biggest with the highest profile. There were keen instructors – dynamic program directors who had a lot of enthusiasm and energy like Maureen FitzGerald, David Townsend and Scott Rayter. My successor as director, Brenda Cossman, as well as the current director, Dana Seitler, have built on that foundation, expanding our reputation nationally and internationally.

Your most recent work relates to the queer Muslim experience in Canada. What have you found?

For queer Muslims, there’s been a long history of challenge in asserting their distinctive place within their own ethno-religious community and in the broader LGBTQ world. Those who want to retain their faith face a struggle familiar to those in other religious communities, where queerness is too easily seen as a threat.

And it’s complicated for Muslims, as it is with other ethno-racial minorities. Within the broader queer community, they can and do experience racial prejudice, compounded by the view that their faith makes them unrecognizable outsiders. Being queer and Muslim, in that sense, is thought impossible without abandoning that crucial faith part of their identity. The exclusion they experience from Muslim communities is not categorically different from that felt by many others, but it’s perhaps slower to change because of the dominance of traditionalist family attitudes in the countries they have migrated from and among North American Muslim clerics.

Your current research will appear in a book being edited by your collaborator Mohmin Rahmin. For that, you interviewed queer and political activists in the Muslim community to gain insight into the response to sexual diversity from mainstream Muslim political or religious groups. Have you found that attitudes are changing?

There has been some change and there are encouraging signs. Muslim political groups have a lot on their plates, dealing with Islamophobia, anti-Muslim incidents and sentiment. Some organizations are struggling with how to be more supportive, recognizing the importance of building alliances with groups representing other forms of prejudice.

The preparedness of queer Muslims to claim their own voices helps to force change. There are queer Muslim groups that are explicitly feminist and LGBTQ inclusive. In Canada, Salaam supports Muslims who are lesbian, gay, bisexual, trans and/or intersex. They have a mosque and regularly livestream LGBTQ-inclusive services.

And I think we will be seeing the large-scale shift in Muslim attitudes in Canada that we have started to see in the United States. Children are growing up with all kinds of other kids in their classes and schools have been moving – often slowly – to a recognition of sexual diversity. On balance, Muslim Canadians are well educated and have relatively progressive views, and I can see indications that their attitudes on sexual diversity will align more closely with their views on other social and political issues.

Has your activism given you any particular insight into the current protests against police mistreatment of Black Americans?

The raids in 1981 opened my eyes to how powerful the culture within the police force was. And the same applies today. I’ve known a number of police officers over the years who have really confronted their own prejudice and the discriminatory patterns they see within their own forces. But there is still a very conservative organizational culture that we and they have to contend with – one with a very us-versus-them approach to various already marginalized communities. I see some indications of change in some North American cities, but I fully appreciate that Black and Indigenous communities have reason to be skeptical and demand more – and quickly.