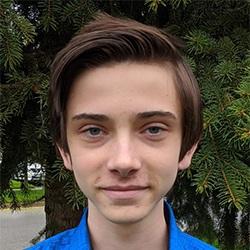 Toohey's interests include travel, gaming, coding, volunteering, and audiovisual club. He has a black belt in karate, holds a championship in popsicle stick bridge-building, and by grade 9 had built himself a desktop computer. Read more about him and his fellow student winners in U of T News.