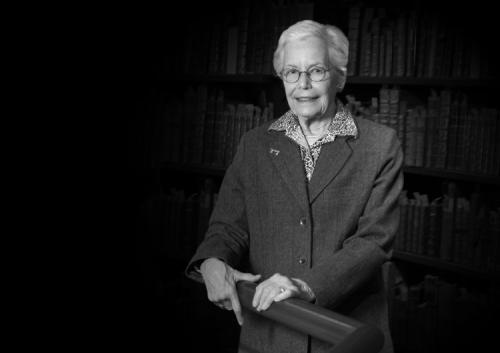 The University College community is saddened by the loss of Katherine Morrison, a loyal friend and generous benefactor who passed away on October 3, 2019, at the age of 94. She and her late husband, Russell Morrison, helped build University College's first new student residence in more than 50 years, Morrison Hall on St. George Street. She received an honorary Doctor of Laws and gave the address at University College convocation in 2004. Read more about the Morrison's legacy in U of T News.